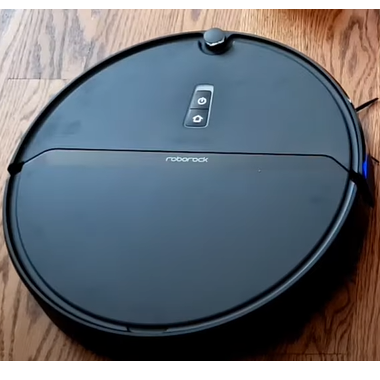 Are you looking for a robot vacuum cleaner but aren’t sure which kind to get? It can become pretty overwhelming when you take all the factors that come with purchasing a robot into account.

Ranking of the 7 best robot vacuum cleaners with gyroscope

What is gyroscope navigation?

A gyroscope is “a device containing a rapidly spinning wheel or circulating beam of light that is used to detect the deviation of an object from its desired orientation” [1]. Gyroscopes can sense a change in the orientation of a device and are often used to steer an object automatically [2]. They are often found in compasses and other automatic pilot systems on ships and aircraft as well as in various objects that might need a steering mechanism: torpedoes, space launch vehicles, ballistic missiles, and orbiting satellites.

To understand how robot vacuums equipped with a gyroscope navigation system work, you’ll need to understand the inertial navigation system (INS), which is a self-contained navigation technique that uses accelerometers and gyroscopes to track the position and orientation of an object in relation to its known initial starting pose [3]. In objects equipped with an INS, accelerometers are used as motion sensors, and gyroscopes are used as rotation sensors. As a result, inertial sensors can estimate both the position and orientation of the object [4].

A robot vacuum cleaner equipped with gyroscope navigation is able to indicate orientation and thus navigate its way around your home without having to be controlled remotely. It is able to detect obstacles and objects, such as walls, doors, and pieces of furniture, so as to avoid bumping into them while cleaning [5]. 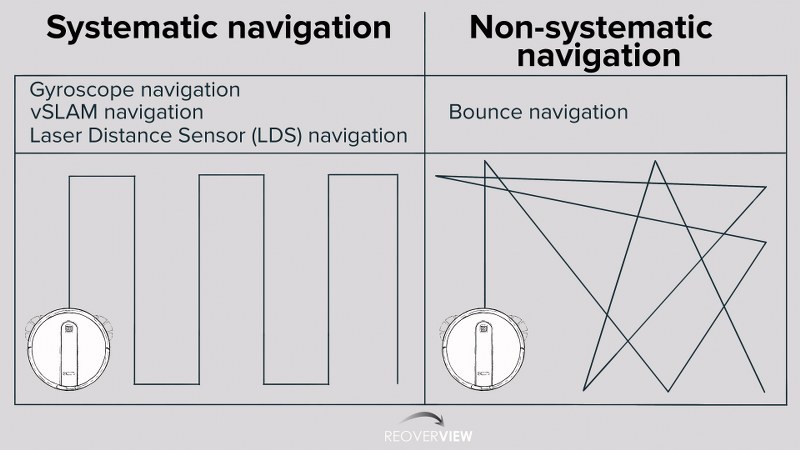 Robot vacuums with laser-based navigation use light detection and ranging (LiDAR) to help navigate around your home. They are able to operate in total darkness and map a room precisely, which makes them one of the more expensive kinds of robot vacuums in terms of navigation [6].

Some robot vacuums are equipped with cameras that allow the robots to take snapshots of their surroundings in order to create a map of the house. Because they need light to function, they are not able to navigate in the dark, as compared to robots with laser-based navigation. Their mapping is also not as accurate.

Robots with bounce navigation have a simple behavioral pattern. They keep on going straight until they hit something. They will then stop, turn an angle away from the object they have hit, and move on straight again. The downside of this is that the robot does not follow a certain path while cleaning, nor does it create a map of your whole house [7].